“Elections have been planned for September 20th, exactly the 150th anniversary of the Capture of Rome! Once again proof that the entire political class has forgotten the history, the achievements of freedom and secularism of our country. We’re willing to bet that had it been December 25th they would have paid more attention”.

The secretary of the Italian Union of Rationalist Atheists and Agnostics (Uaar), Roberto Grendene comments on the news that regional and municipal elections, as well as a constitutional referendum on cutting the number of members of parliament, have been set for September 20t , the 150th anniversary of the defeat of the Papal States and the unification of the Italian peninsula.

“Will mayors, city councilors, the Prime Minister, the President of the Republic, the Armed Forces dedicate time to celebrate this fundamental anniversary? It was a decisive step towards democracy. Or will they all take refuge in electoral silence? The Capture of Rome will continue to be an important celebration for Uaar. But it should also be for the country. For this reason, we will do everything in our power so that this anniversary does not pass in silence”. 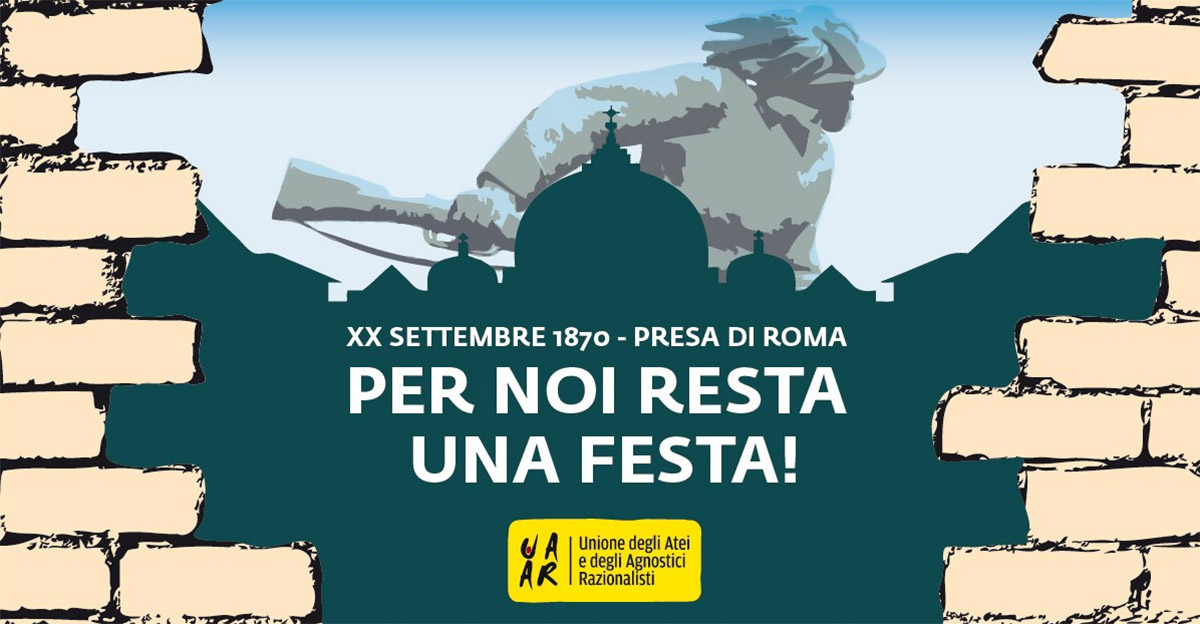