“We have a RAI Vatican Channel (public information programming), religious tv series, a dedicated bishop’s channel, Vatican correspondents, TV reporting which almost always opens with irrelevant statements by the pope. And if that wasn’t already enough, now get the daily mass on RAI 1. There has never been a more appropriate time than now for our country to deserve a plurality of information, promoting research and the rational discussionof problems and solutions and instead what State TV thinks we need is the obsessive promotion of the Catholic religion. This is a country that allocates the same amount of time in primary school to the teaching of religion (two hours) as is dedicated to teaching science! It would be nice, at least as adults, to be free from this constant conditioning”.

The secretary of the Italian Union of Rationalist Atheists and Agnostics (Uaar), Roberto Grendene, comments on the announcement on RAI 1social media that the public TV channel willbroadcast the mass celebrated by Pope Francis in the chapel of Santa Martaevery morning at 7 am.

“Not only are we not presented with a plurality of different world views, which in and of itself would be sufficient reason to criticize the latestscheduling ofCatholic content, but also at the worst possible time: viewers want information, scientific data, they want to understand what is happening and what to do so that it does not happen again. And what is RAI’s response? It offers mono-denominational religious comfort. Comfort that the pope can already spread nationwidevia the Italian Episcopal Conference TV channel. Let’s seize the moment to go beyond special privileges and really try to advance the discussion by talking about the political issues that led us to the current situation. To avoid other future pandemics, prayers and rosaries are of little use. “ 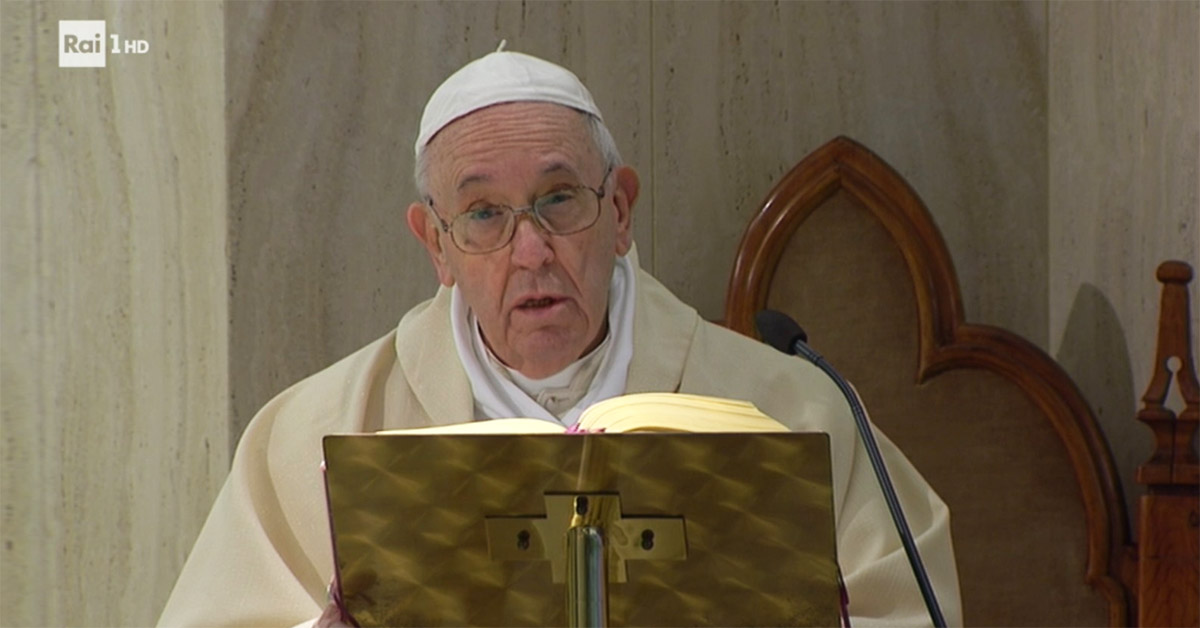